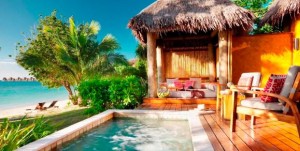 The home prices in the States have slowly eroded over the past five years. Some areas in hard hit states like Florida, Arizona, Nevada and other areas of the country that had witnessed rapid building expansion back when credit was loose, seem like they are starting to get near bottom.

A recent report by BMO Economics suggests that the inventory overhang is more under control as prices stabilize. They go as far as to suggest there is pent-up demand, although many of the “Robo-Signing” document disputes are causing a large amount of homes to remain in bank ownership and not on the open market. It seems banks in the states are making an effort to reorganize the debt with the homeowner or within the investment community instead of large scale releases of homes that could depress hom prices even further.

The BMO report suggests the U.S. housing market is still soft, but think the prices will stabilize in 2013.
It is easy to say that demand should improve on firmer job growth, but that job growth has yet to be seen.
Current projections still have the U.S. unemployment rate at around 8% by the end of the year, hardly a glowing outlook.

Nearly 15 percent of Canadians would indeed consider buying a home in the States with about half of those citing the reason would be a second home or vacation property. There is also an affordability factor and of course a long-term investment that is alluring. Of course that is BMO pushing their own Canadian based banks south of the border to take advantage of any Canadians interested in U.S. home ownership. One thing seems for certain though, the investment should be made for the long haul as it is yet too early to predict a solid near-term recovery for the U.S. housing market.

The Growing Community of Burlington Ontario